A defective starter is definitely a nuisance, because the car can hardly be started without this component. As soon as the starter motor, also known as a starter or starter, is broken, you have to take care of a repair so that the car can be started again. A number of classic vehicles can be crank started, but using the starter is easier and safer.
In many cases it helps to be able to classify the damage: Which component is no longer working and how can you help yourself and repair the starter? You will find this information in the following article, and we will also advise you on alternator repairs. 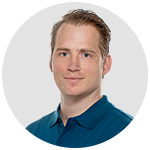 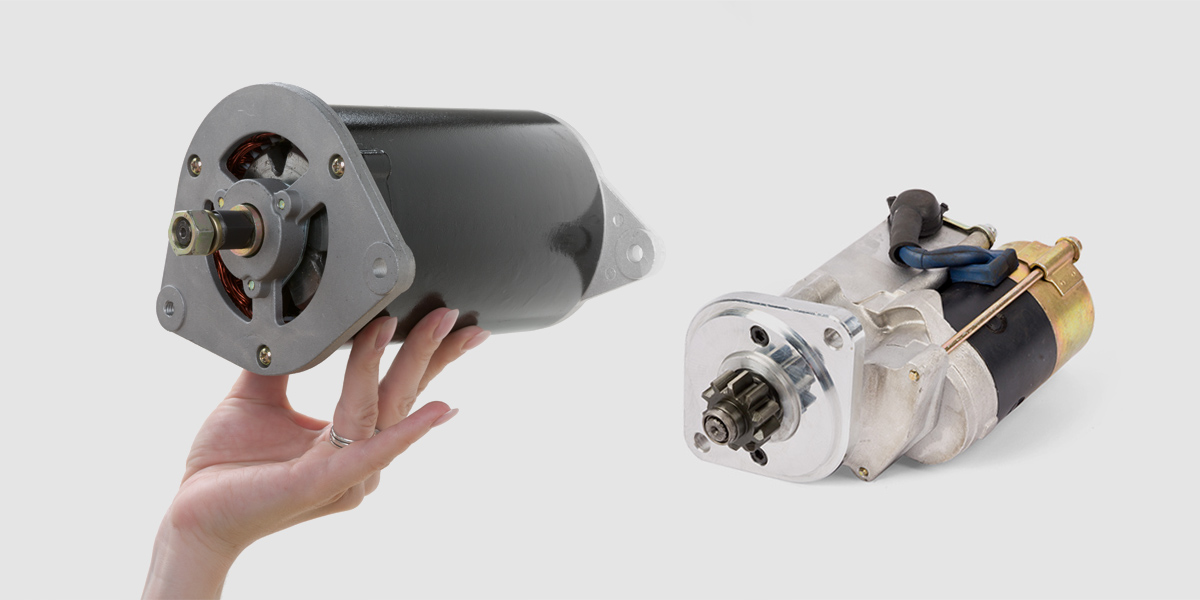 Starter and alternator: the backbone of the
electrical system

The starter and alternator are two different components that serve different very important functions. The alternator generates the electricity for the lighting and ignition. 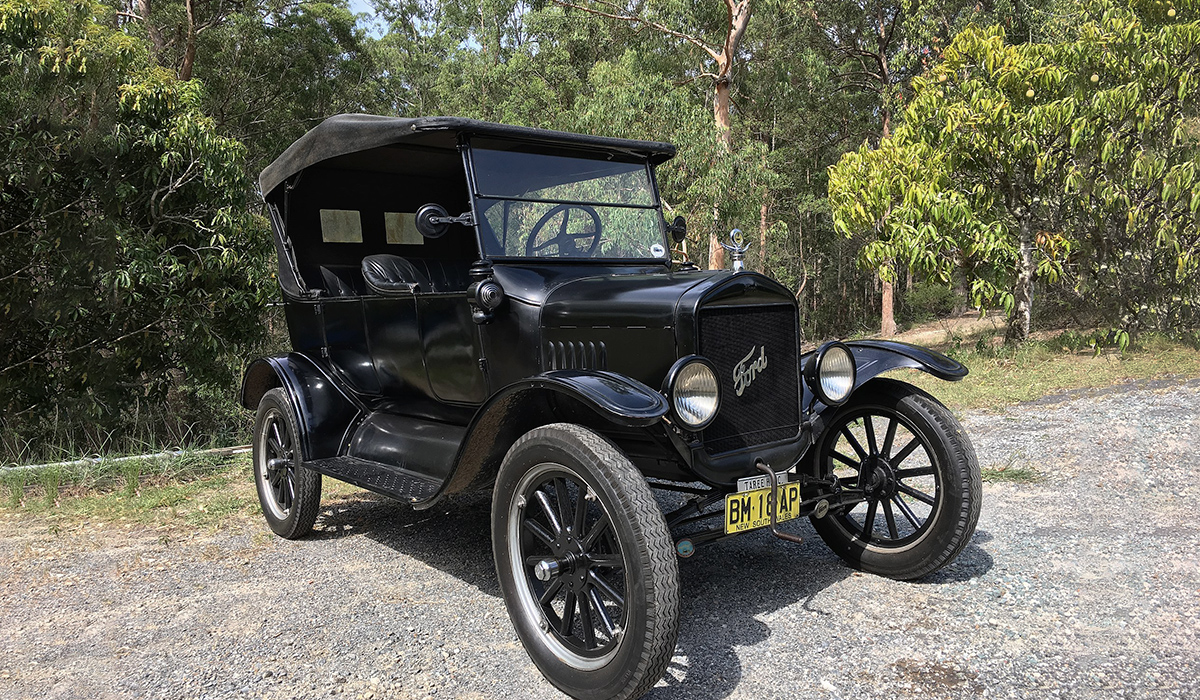 The alternator is dependent on the running engine for its function. It is a generator that is driven by the engine using a belt. The motor drives the generator via this. The alternator charges the starter battery with electricity and supplies the energy for the electrical consumers in the vehicle.

Oldtimer: repairing the starter - things worth knowing about
the starting process

If the starter seems to be defective but the battery has enough juice for the ignition,  then you can push the car to get the engine to start. This is exhausting without other helping hands, so you should rather take a close look at the starting process as a whole.

What happens when the engine starts and how do we determine whether the starter is actually defective?

Almost all components of the vehicle are involved in starting the engine. The ignition key switches on the ignition, further turning activates the starter relay. This activates the magnetic switch, the starter engages and rotates. If the starter turns but the engine won't start, there is an ignition or fuel supply problem. Check any kill switches and electric fuel pumps.

A defective starter, or a problem with the assemblies mentioned above, can be inferred from any missing noises:

A good  Tip that actually works: Lightly hit the starter with a hammer tap, a few times, to free any stuck teeth or sticky switches. The starter in cars is located on the side of the engine, always near the interface between the engine and transmission. In many classic vehicles, it is best reached from below.

This unclean meshing can be remedied inexpensively by replacing or overhauling the starter clutch. If this does not happen, the starter pinion will destroy the ring gear on the flywheel. The result is a very complex repair, for which at least the gearbox has to come out.

What to do if the starter is broken? Push!

If the starter is broken, the engine can easily be started by pushing the vehicle, provided there is enough electricity for the ignition. This is easier for small displacement vehicles, more difficult for heavy vehicles.

The following procedure has proven itself:

Pushing only makes sense if the starter is definitely defective, the car ( or the motorcycle) but basically runs. Sufficient voltage and fuel are required. It's easy with two people, but you can do it alone.

Tip: Cars with a defective starter always park on a slope. Tightening with a second vehicle is also possible, but needs someone who really knows how to do this.

However, if in addition to the starter, the ignition switch is also causing problems, you won't get ignition or free steering wheel and will have to have the car towed. If the battery is too weak, a jump starter or jump start using a jumper cable will help.

What can be the causes of the defect?

Often the root of the problem lies in the mechanics of the starter. Like every mechanical component, there are a number of wearing parts in the starter that no longer perform their function reliably after a few years. Especially for vintage starters, you should take a close look at the classic car so that you can see the wear before the collector's vehicle has to be pushed.

The wearing parts include bearings and carbon brushes as well as the magnetic switch as a whole. The other components:

... are also often used in the context of an overhaul. Despite the number of potentially faulty parts in the starter component, it can be said that the repair can be carried out by yourself.
Of course, this does not apply to beginners, but if you have some experience working on the car and its components and understand something about the mechanics, then nothing stands in the way of the starter overhaul.

In principle, it makes sense to install a new or factory-overhauled starter. As a driver of a classic vehicle, you should consider whether it might not be better to use a modern high-performance starter to assemble.
These starter motors start at lower current, rev higher and more powerful. This considerably simplifies starting the engine, especially under sub-optimal conditions. 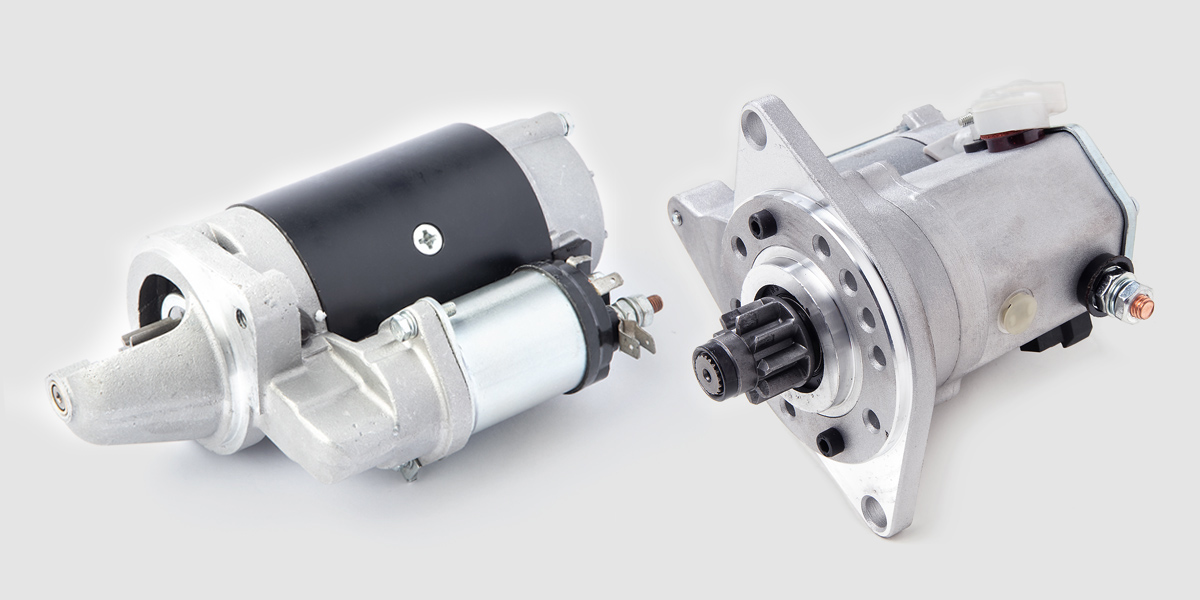 But of course you can also lend a hand yourself and remove or even repair and overhaul the starter. With classic vehicles, this is usually relatively easy. It takes an hour or two to remove and reinstall the starter.
An overhaul is a slightly more involved task. To do this, the mechanical components, i.e. bearings and drives, must be checked and replaced if necessary. With the electrical components, turning off the contact surfaces and changing the carbons is often sufficient.

Caution: Never leave the vehicle running without a battery and under no circumstances remove the battery while the engine is running.

Here are some tips for work on the starter:

The tool, you should have on hand:

Oldtimer: alternator, the most common errors and remedies

The alternator supplies the car with electricity. It is driven by the engine via a V-belt, without which the car would drain the battery very quickly. The car can also be driven without an alternator. If you switch off the electrical consumers, a well-charged battery is enough for hundreds of kilometers of ignition.
If the alternator breaks, if it no longer has any charging power, a red charging indicator light will come on in the speedometer, but the engine will continue to run.  The indicator light is labeled differently for different manufacturers, but it is the same light, which goes out with a slight delay after the engine starts. 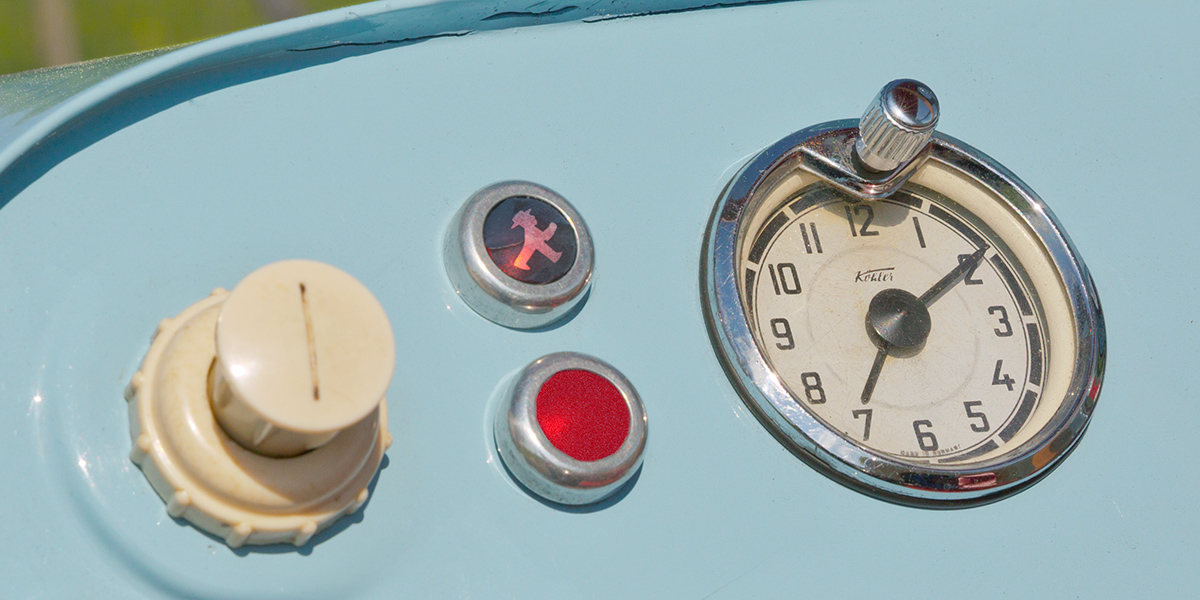 As for the repair or overhaul of the alternator, we recommend leave this to professionals. When the alternator (LiMa) is overhauled, each individual component is checked and cleaned. All wearing parts - bearings, bushings and brushes - are completely renewed, as are the field and armature windings.
Then the overhauled alternator is subjected to a function test. Most alternators are also offered in exchange. In this way, you get a perfectly refurbished aggregate directly, without having to wait.

Some DC alternators need to be polarized before they are put into service for the first time. After the overhaul, the field winding (external, non-rotating) must be magnetized. This is not possible during the overhaul because it is not yet known at the time of overhaul in which car the alternator will be installed, whether with plus earth or with negative earth.

Please note that the alternator is not solely responsible for generating electricity in the vehicle. In the event of a defect, please also check the alternator regulator and the rest of the electrical system.

The starter of a car is an essential component that can break down due to wear and tear. With a little experience and skill, the starter can be repaired yourself - this saves several hundred euros. The overhaul of the alternator is a bit more complex and should be left to professionals, no mistake should be made with the polarization. A proper and conscientious overhaul of the components ensures smooth operation of your classic.

Here you will find the answers to the most frequently asked questions around the starter and alternator.

What are the most common signs of a defective starter?

The starter makes a mechanical click of itself but does not rotate or makes no sound at all and does not rotate. A squeaking noise after starting indicates wear - take action soon.

What could be the cause of the defect in the starter motor?

On many components such as:

What is important when replacing/overhauling the alternator?

How much money can you save by doing the work?

This depends very much on the make and year of the car. Starters cost between 100 and 500 euros. The installation work is still to come. An alternator is also in this price segment, the costs for removal and installation vary depending on the workshop. Both alternator and starter are usually changed in 1-2 hours.