The Healey achieved fame primarily through its countless successes in racing and rallying, which were due to its design with light bodywork and the large, high-torque engine - the Big Healey came along in 1953 with 90 hp! Its commercial success was also due to the symbiosis of sportiness and comfort. If you are one of the lucky owners of this vehicle, then read on and discover our Austin Healey spare parts! 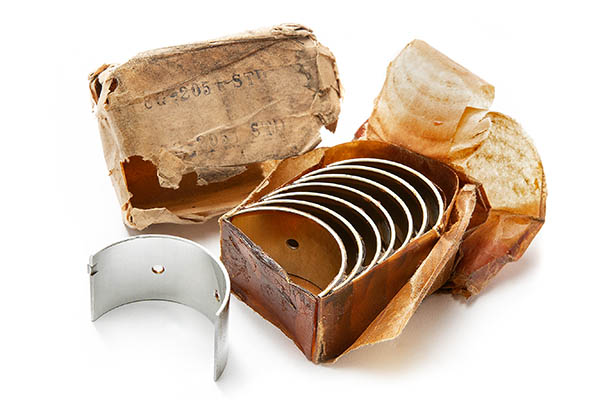 Those of you who own this characteristic classic can consider yourselves lucky. Because the range of Austin Healey spare parts is well sorted and so you don't have to worry at all. At Limora, you will find everything your heart desires from the Big Healey - BN1 - to the BJ8! Simply search for your model and click through our range. 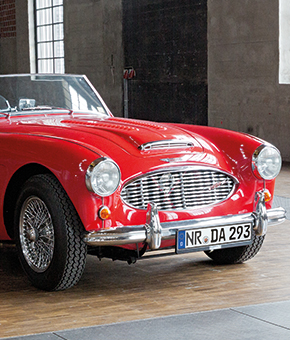 The Austin Healey was a stroke of luck for all concerned: for it is an export hit and foreign exchange earner in the form of a beautiful, lusty roadster with a strong character. Today, there are effective solutions for its technical shortcomings. Just click your way through our range! 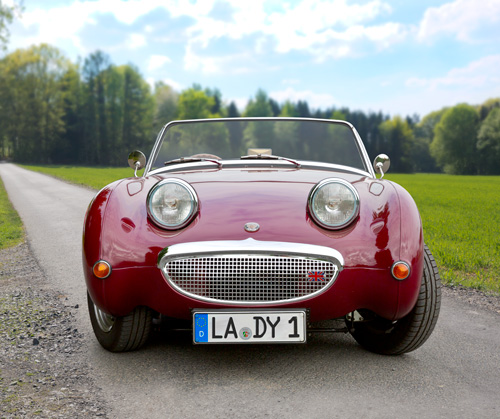 Sprite and Midget are twins. Healey designed the Sprite to offer an affordable sports car. Because the Sprite was built by MG anyway, BMC introduced a parallel MG model, the Midget, in 1961. As always, if you have any questions, please do not hesitate to contact us!

Special offers for Austin Healey fans from our department store

Donald Healey: The man behind the sports car

Donald Healey was not only an aircraft enthusiast, automobile engineer and Triumph salesman, he was above all a rally driver. He finally made a name for himself with his victory in the Monte Carlo Rally in 1931. So it is not surprising that he was also the one who used Triumph models in motorsport. From 1933, he was then employed by Triumph in the development department.

During the Second World War, Healey was employed by the British car manufacturer Humber and worked on tanks. After the war, he founded the Donald Healey Motor Company in 1945. It was not until the Earls Court Show in 1952 that Healey traded up to Austin with a 100/4 on the stand.

The company developed Austin-Healey and Austin-Healey Sprite vehicles under a licensing agreement with the British Motor Corporation between 1952 and 1959. This is how Donald Healey's design came into large-scale production. Austin's market power ensured professional distribution, also and especially in the USA. 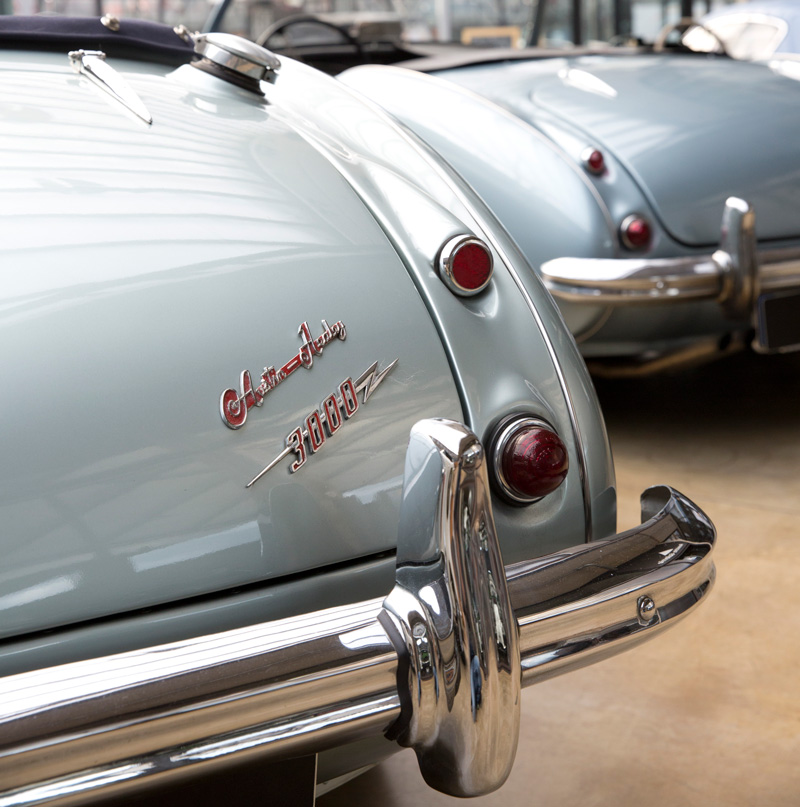 Austin Healey and the racing

In 1955, an Austin-Healey 100S was unfortunately involved in the Le Mans disaster. But the racing car also achieved fame, among other things, through a special female driver of that time. Pat Moss was Stirling's younger sister and extremely successful in rallying. One of the Healeys she drove very fast was called "Pig" because of its driving characteristics. The Sprite and its companion, the Midget, also celebrated great racing successes.

No matter which Healey model you may call your own, we at Limora are very familiar with it. Our qualified professionals have certainly had the chance to hold all Austin Healey spare parts in their hands and can thus support you expertly in your search for the right parts! Either visit one of our shops, call us or contact us by mail!