Many powerful and dynamic sports cars have been built under the Triumph brand.
As early as 1934, a Triumph Gloria developed by Donald Healey won the Monte Carlo Rally. Standard Motors had taken over the trademark rights for the "Triumph" brand in 1944 and wanted to use the sporty connotation of the name for a sports car series. From the unconvincing TR1, a really powerful sports car emerged under the direction of Ken Richardson. With the TR2, whose engine was based on that of the standard Vanguard, Triumph offered a competitive 100 mph vehicle at a comparatively low price.
The TR series quickly became successful, was widely exported and was offered until 1981. 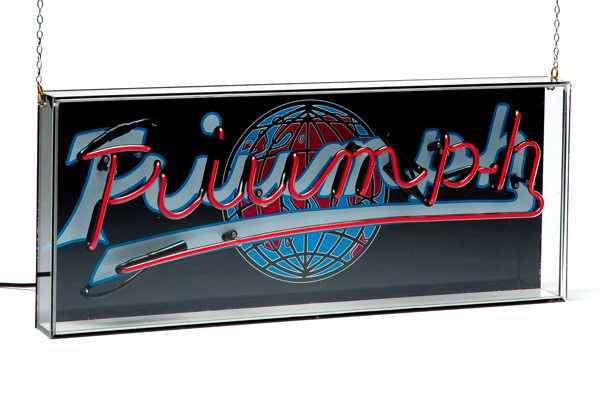 Whether TR2 or Triumph Stag - we have the right spare part for every Triumph driver and enthusiast in our range. Did you know that we can also offer parts for most of Triumph's saloons? You can find parts for your favourite roadster by selecting the vehicle model from the corresponding image. If you still have questions, please do not hesitate to contact us! 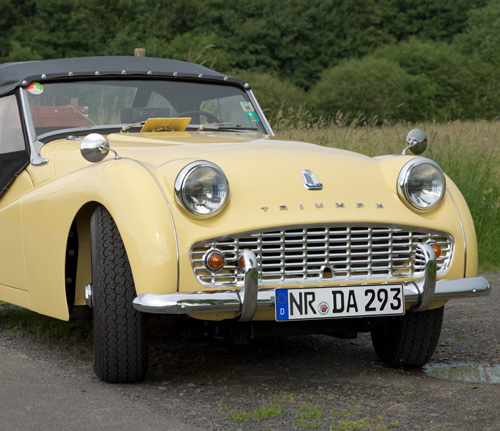 Stretched lines, a low seating position and a powerful engine with impressive torque: this made the TR2 to TR3B a popular roadster. At the beginning of the 1960s, the TR received a Michelotti facelift and crank windows, and as the TR4 it hit the spirit of the times during these years. 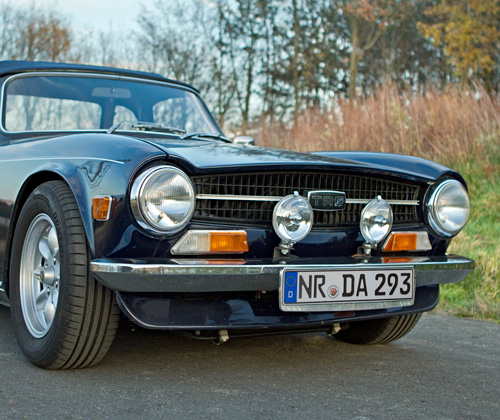 Whether it's the T4 bodywork of the "Straight Six" or the mechanical fuel injection system of the TR6, we at Limora are here to preserve and improve. We are also glad to help you with your limousine, so feel free to click on! 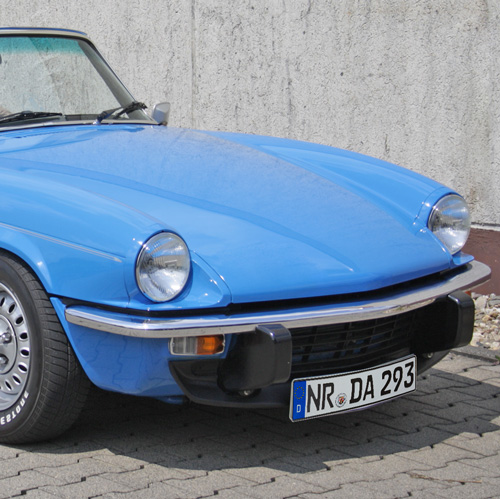 The sleek 4-cylinder Brite in its USA version sold a total of 314,342 units in five variants, over 18 years. In comparison, all TR 2-6 models sold only half as many. The Spitfire thus became, along with the MGB, the epitome of the classic English two-seater of the 1960s and 1970s. 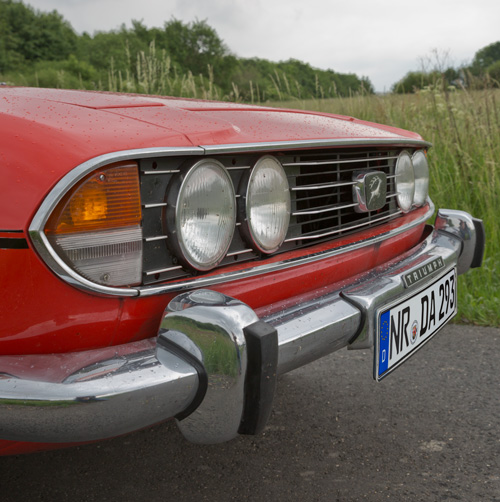 The Stag was designed as a luxury cabriolet and heavily powered to rival its main rival, the Mercedes W113 and later the W107. And today, the Stag is still an attractive, dynamic and, after most restorations, reliable car. 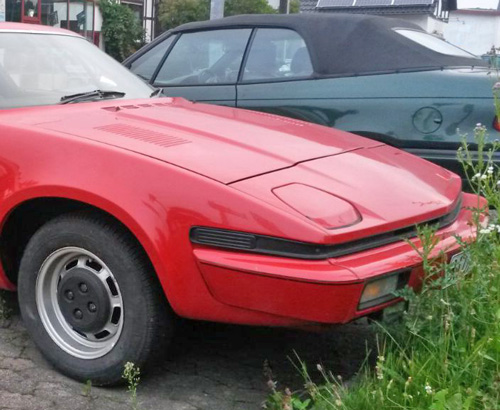 The most successful model of the TR series was first launched in 1975 exclusively as a coupé.  The cabriolet was only offered in the years 1978-81 and was accordingly not sold very often.  Nevertheless, the TR7 and TR8 have a loyal fan base, which we are glad to support with an extensive range of parts. 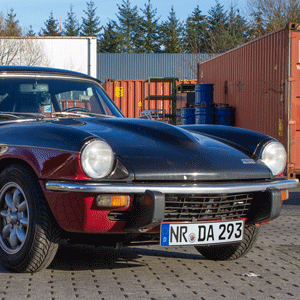 About 40,000 GT6s were built in three series from mid 1966 to the end of 1973. The GT6 cars received the same facelifts as the Spitfire series. With the start of the second series, the car received a new rear axle and the engine an improved cylinder head.

Offers for Triumph enhusiasts from our Department Store

Office machines, bicycles, motorbikes, pre-war vehicles and many well-known classics in automotive history can be traced back to Siegfried Bettmann, a native of Nuremberg. The German immigrant may never have suspected that Triumph would one day release a 146 hp V8-powered car, but without his existence it would never have happened.

Like the multi-faceted history of the company, the classic cars and their series models are multi-faceted too. At Triumph, each series model actually has its very own charm: while the TR2 and TR3 still perfectly exude the last touch of post-war flair and come across as rather elitist, the TR4 seems like something from another world: thanks to Giovanni Michelotti!

In addition to the TR4, the Italian automobile designer also designed the 1300 and the 2000 MK I and II saloons as well as Triumph's flagship - the Stag - which was equipped with a V8 engine.

At Limora, we have been dealing with the subject of spare parts for classic British cars for over 20 years and this undoubtedly includes the Triumph brand. Spare parts for everything with an engine from 1953 up to the TR8 - here you will find what your driver's heart desires! Because we at Limora preserve what moves!