Volkswagen is synonymous with mass motorisation in Germany. The Type 1, the VW Beetle, the Golf or the Bulli - hardly anyone does not know the bestsellers of the car manufacturer from Wolfsburg. We at Limora serve a small but fine assortment of VW classic car parts, as well as all parts of the 6V electrics that you need for the preservation, care and tuning of your VW. Simply click through our range!

In a detailed, entertaining and competent way, VW Bus specialist Richard Copping describes the history of the first three generations of the cult Transporter from Wolfsburg. A special chapter deals with the popular camper versions that brought hippies to Woodstock and sprightly pensioners to the Algarve - and still do. An emotional book about the legendary van for all Bulli fans! 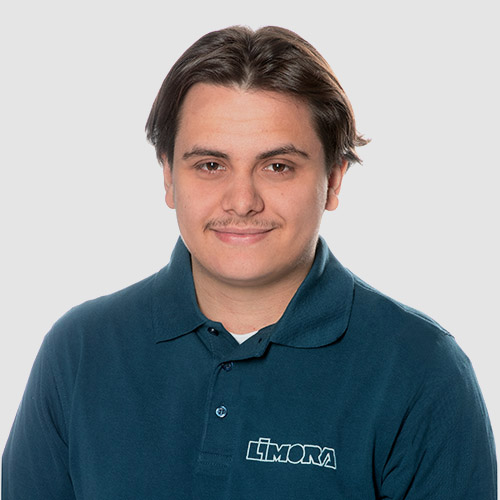 is one of our youngest colleagues who discovered his passion for classic cars at an even younger age and came across us during his extensive research on the World Wide Web. He is currently deepening his knowledge of historic vehicles during his training with us - very physically, very closely, very purposefully and result-oriented. He always has an open ear for questions.

All products for VW at a glance

The story behind the car for the masses

The regime demanded from the industry a car that was suitable for families, that could drive at a constant speed of 100 km/h, was economical in consumption and offered enough space for the whole family. Because the German automobile industry could not offer a feasible project, the vehicle and infrastructure had to be developed from scratch. Wolfsburg was even built as a separate city, where all vehicles were manufactured from then on.

Production was strongly oriented towards that of Ford in Detroit. From 1949 onwards, Volkswagen finally established itself as a brand name with the founding of Volkswagen GmbH. The future of VW after the Second World War was initially rather uncertain. The Type 1, which was produced from 1945 onwards, did not meet the requirements of a car for the mass market at that time. But only a few years later, the Volkswagen factory in Wolfsburg was to become the largest automobile factory in the world.

For Bulli- and Beetle-Fans from our Department Store 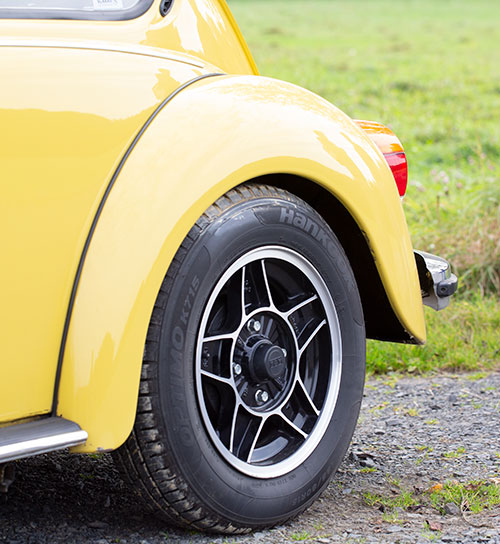 The "power through joy" car developed by Ferdinand Porsche (the elder) thus became the Volkswagen after the war, and the city that was built at the same time became Wolfsburg. The Volkswagen Type 1 became a global success thanks to its technical unpretentiousness and outstanding build quality. After more than 30 years of construction, the age of the design could no longer be hidden. Nevertheless, Volkswagen had no perspective idea, neither for a competitive product portfolio, let alone for a successor model to the Type 1.

Rudolf Leiding saved the company, which was on the brink of collapse, by consistently cannibalising NSU-Auto Union AG, which had just been taken over. This is where the K70, the finished Audi 80 and an immediately marketable Audi 50 were found. The new product range of Passat, Golf and Polo averted the threat of insolvency and made Volkswagen the number one in Europe in the medium term.

Today, the factory's surface area occupies an area comparable to that of Gibraltar. The covered hall area alone is about the size of the Principality of Monaco. In the 1960s, the German parliament decided to privatise the company. Volkswagenwerk G.m.b.H. was subsequently converted into a public limited company on 22 August 1960, partially privatised and now called "Volkswagenwerk Aktiengesellschaft".

The most popular VW classics

12 years later, the VW Beetle became the most built car of the time. Also popular alongside the Beetle and the Type 1 above all were...

The limousines were each accompanied by a coupé: the Beetle was the Type 14, often called the Karmann Ghia, the Type 3 was the large Karmann, Type 34. The Type 2 vehicle was available as a van, flatbed, Doka or as a bus.

The first series was called T1, later T2a, T2b or T3. With the appearance of the T4, the era of air-cooled buses came to an end in the early 1990s. Today, most VW classic buses are associated by enthusiasts with the era of the 1968 movement. In contrast to the beginning of the history of the Volkswagen!

If you are one of the owners of an icon of German automotive history, then we at Limora will be glad to help with the maintenance and care of your VW classic car: You will find spare parts, 6 volt electrics, tuning and accessories in stock! If you have any questions about VW classic car spare parts, please do not hesitate to contact us.