What started as a car for the post-war period, finally became the "English Volkswagen". If you are also one of the lucky owners of the teasing automobile that achieved such a resounding success, we have all Morris Minor spare parts available for you from stock.

is one of our youngest colleagues who discovered his passion for classic cars at an even younger age and came across us during his extensive research on the World Wide Web. He is currently deepening his knowledge of historic vehicles during his training with us - very physically, very closely, very purposefully and result-oriented. He always has an open ear for questions.

All products for Morris Minor at a glance 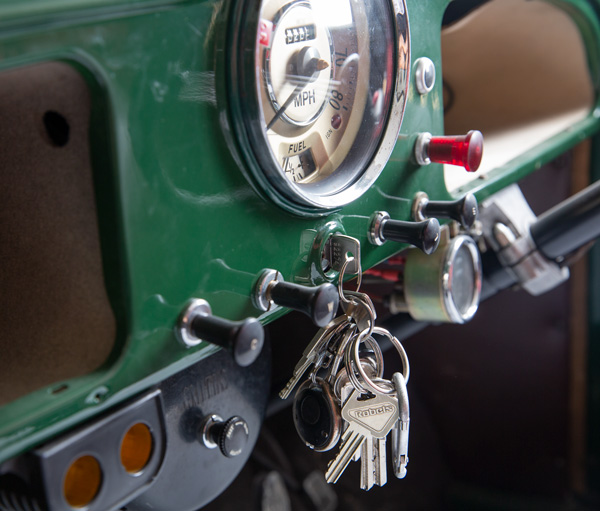 Like no other car before, the Morris Minor took off: Starting with the concept of a small and therefore inexpensive mobile, the Morris evolved while still on Alec Issigonis' plan from the tiny "Mosquito" to a comfortable and capable vehicle that would become a bestseller in later designs.

1952 the union of Morris and Austin happened to form the British Motor Company. In that year, the Morris Minor Series II was introduced and, like its predecessor, impressed with good corner stability and intuitive handling. The model, which underwent a substantial revision, thereby received a drive derived from the Austin, as well as gearbox, axle housing, cardan shaft and differential.

In addition, the engine was modernized: From now on, the Morris featured an overhead-valve engine with 803 cm3, which was originally designed for the Austin A30. This is smaller than that of the predecessor Minor MM, which is equipped with 918 cm3, but performs better. Although it takes a bit of time to reach just under 100 km/h at 52 seconds, the top speed increased to just over 100 km/h.

In 1952, an estate version was also introduced under the name "Traveller".

In 1956, the company moved away from the wide variety of finishes in color and trim that were offered on the Minor and focused more on rationalization of components. Thus, production of the Minor 1000 allowed for some economies of scale.

This allowed a greater production density at a time when more and more cars were being sold. For the Minor 1000 in particular, this was the right decision: By 1960, up to 100.000 Morris Minors a year were leaving production, adding up to 1.6 million sold worldwide.

The Morris Minor is named after its 948 cm3 engine, which came from the Austin A35 and reached a top speed of 124 mph. In the revision, it received a reinforced crankshaft, which made the already durable Morris even more robust. Handling was made even easier by an optimized gearbox with better graduation. 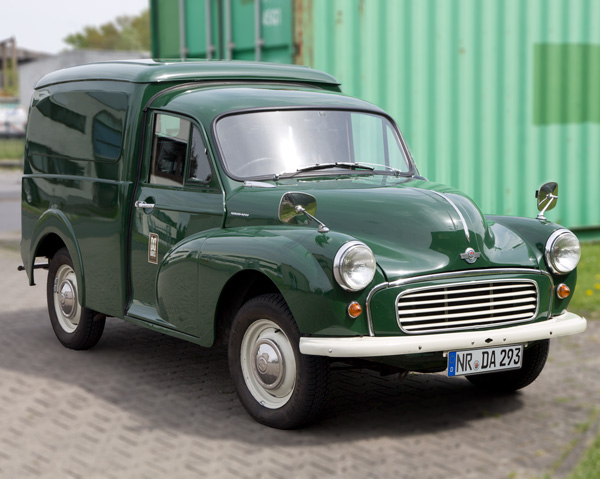 Do you also belong to the Morris Minor enthusiasts? Whichever version you have in the garage - we have all Morris Minor spare parts for you in stock ready to be delivered. We are also pleased to answer all your questions - our experts will gladly advise you!