Our recommendation for your Fiat

When it comes to Fiat classic car spare parts, we at Limora have specialised in particular in the Fiat 500 and Fiat 126 models. From 123 ignition systems to perfectly tuned engine oil and alloy wheels to engine and clutch - we have almost everything in our range that your Fiat needs to drive. But see for yourself and click through our extensive range! If you have any questions, do not hesitate to contact us! 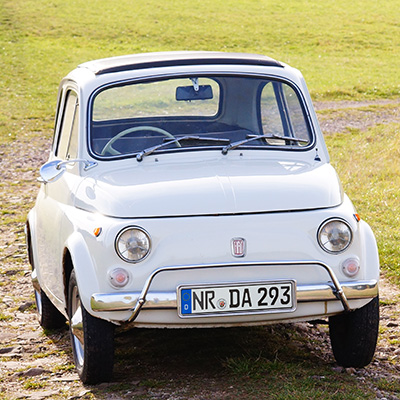 This model, developed by Dante Giacosa, quickly established itself as the most successful model of the Fiat brand. If you own one of the more than four million examples built, you will find the spare parts your Fiat 500 Nuova need here.
find spare parts 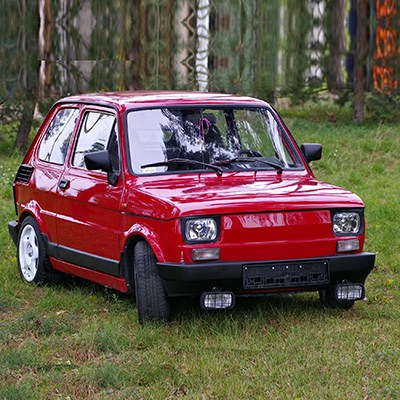 Based on the idea of the City Car by Pio Manzu, Sergio Sartorelli managed to keep the well-tried model of the Fiat 500 up to date for a few more years, and he succeeded in doing so until the year 2000. To ensure that it is still perfectly staged a good 20 years later, all you have to do is click through the Limora range!
find spare parts 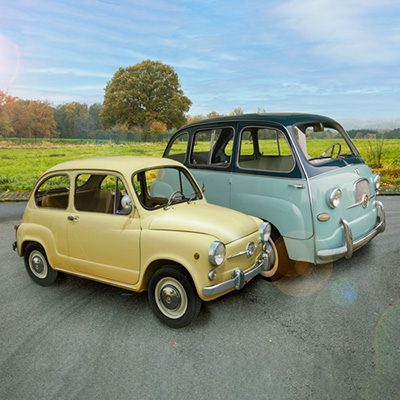 The Fiat 600 and its derivatives were built for over 30 years in a multitude of variants by a good dozen manufacturing plants. This catalogue deals primarily with the vehicles built in Italy. The model nomenclature also refers primarily to the Italian vehicles.
find spare parts 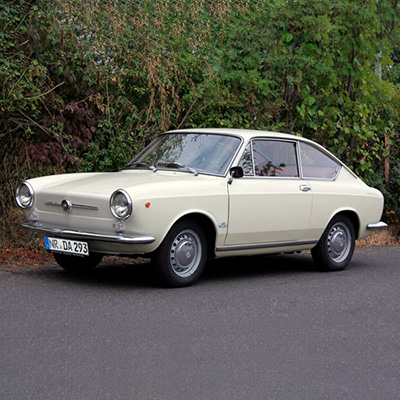 The Fiat 850 and its derivatives were built in Italy from 1964 to 1971 and the 850 Berlina in Spain until 1974 in a wide range of variants. This catalogue deals with all models built. Not explicitly mentioned, but with the same technology, are the Zastava 850, which has a Fiat 600 body, and the Seat 133, which has its own body. From the model history it is easy to see which licensed products correspond to which original Fiat models.
find spare parts

The acronym Fiat, which stands for Fabbrica Italiana Automobili Torino, has a long history full of ups and downs, such as the pioneering work in the motorisation of Italy or the oil crisis of the 1970s. However, Fiat knew better than anyone how to inspire first Italy and then large parts of the world with beautiful and affordable cars.

Fiat was founded in Turin in 1899 by Giovanni Agnelli Senior and, in contrast to later years, initially produced luxury vehicles until the First World War. The first model was the Fiat 3.5 HP, of which about 20 units were produced from 1899 to 1900. The key data of the pre-war vehicle: 679 cubic centimetres displacement, 4.2 hp, maximum 22 km/h.

This goal was achieved and the company became as famous as it was popular in the 1920s thanks to an attractive model policy, high standardisation and the introduction of payment by instalments, especially as Fiat launched credit sales programmes from 1925 onwards, modelled on its rival Citroën.

After the First World War, it was especially Fiat that pushed the Italian motorisation of the nation, for example with the inexpensively produced Fiat 501 and 509 models. The vehicle models from the 1930s to the 1960s were almost all designed by Dante Giacosa, who made his first appearance with the Fiat 500 Topolino.

His Topolino is considered the foundation stone of Fiat's success story, so to speak! Incidentally, the car received its nickname, which translates as little mouse, because of its headlights, which were reminded of the ears of Mickey Mouse, a contemporary of the Topolino. Until 1948, the 3.21-metre short car had 14 hp. The standard version was designed as a two-seater, later joined by an sation wagon.

Later, from the Nuova 500 to the Fiat 128, almost all the models that made Fiat the largest car manufacturer in Europe at the time came from the visionary's drawing board. The Nuova 500 is possibly the most famous Fiat of all time: Incidentally, it was only called Nuova 500 to make it different from the Topolino.

Initially very sparsely equipped, the compact, less than three-metre-long vehicle found a good 3.7 million enthusiasts, i.e. buyers, by 1975. And that even it had just 18 hp!

Square, engine in the front, boot in the back: this is the Fiat 124, which was called Lada for short. The name Lada came about as follows: Fiat licensed the production of its best-selling Fiat 124 to Russia. There the car was called Shiguli. But because no one could pronounce it, in some European markets the cars were simply called Lada.

The 124 was simply the 124 Berlina. In 1967 it was even voted Car of the Year, but few people know it and its history today. And this despite the fact that it is considered the most built car in the world with over 20 million units - without any solid proof, mind you!

Whether it was the Fiat 1100 Nuova in pontoon form, the rear-engined Fiat 600, Fiat Nuova 500 and Fiat 850, the conservative mid-range 124 or the innovative front-wheel drive 128 of the 1950s and 1960s, not forgetting the Fiat 127 prepared for 1971 - Dante Giacosa followed his projects at Fiat with heart and soul and made the Turin car manufacturer even more gigantic, and he did so for 35 years. 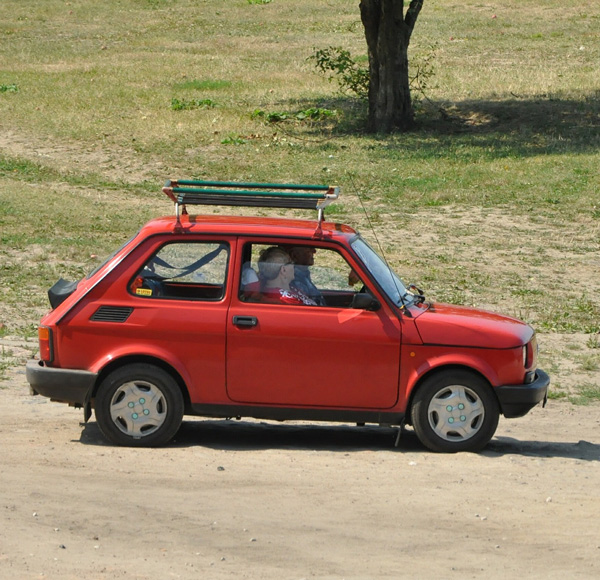 The oil crises of the 1970s weakened Fiat permanently. Uninspired models such as the conventional 131 and 132 did not catch on, and months of labour disputes also caused the Turin giant to totter. The Italian business family Agnelli solved these problems by starting a new era.

Fiat was one of the first carmakers to use automated production processes. The number of 360,000 employees was reduced by two-thirds by 1994 and Fiat found its personality again in new smart products.

Two of these smart products are the Fiat Panda and the Fiat Uno: two models that shaped the disco decade at Fiat and are still popular vehicles today - the Panda in particular is still popular to see in Italy and in countryside areas all over Europe; in mountainous regions also often as a 4x4.

Fiat developed the front-wheel drive compact car with tailgate and transverse engine, was the first manufacturer to offer small passenger car diesels and developed the common rail direct injection system that is standard today. For friends and enthusiasts of the brand, a large number of attractive models remain, some with powerful engines. And, of course, the whole variety of special bodies widely used in Italy.

Special bodies are vehicles that look completely different from those fresh from the factory. At that time, they were simply individually commissioned changes made by the trusted coachbuilder. For example, the modification of an 850 into a coupé or a cabriolet. And if the body was well received, three or four more vehicles of the same type were built. All of them were handmade, usually in small series of a few dozen. There were special bodies from…

Since 2007, the reinvention of the Fiat 500 has been the global epitome of an affordable car for the Italian moments in life. Fiat consistently expanded the 500 into a large model family, adding several new world cars such as the Tipo and derivatives of the American Chrysler group.

Seeing Fiat as part of Italy's history is one thing, loving Fiat as the epitome of the small compact car is another. No matter why your heart beats for the smart and lively Italian - at Limora you will find precisely fitting and high-quality Fiat classic car spare parts, so that you can continue to enjoy your Italian classic for as long as possible! If you have very special requests or are not quite sure which spare part fits your Fiat, don't hesitate to contact us and we will help you!